In a stressful situation, stress hormones are released into the bloodstream. The heart-rate is increased, respiration is accelerated and blood pressure goes up. Glucose is released from the kidneys and into the blood stream, to give us energy in case we need to flee or fight. Also, blood is redirected to the brain and to the major muscle groups.

Acute stress is caused by an immediate perceived threat. The findings on how acute stress impacts memory are mixed. It seems like acute stress can impair certain memory functions while boosting others. Notably, acute stress has been shown to help memory formation in the stressful situation, while simultaneously making it more difficult to recall memories while we are still in the stressful situation. It also seems like stress is affecting different people in different ways.  Some people do very poorly under stress while others seems to thrive from it. An example of this is that many in high stress professions such as wall street and option traders seems to do better while stressed then they do during more calm conditions. Some  drugs such as Modafinil and Caffeine seems to reduce the negative effects of acute stress when consumed in small quantities. They seem to have the opposite effect if consumed in large quantities. 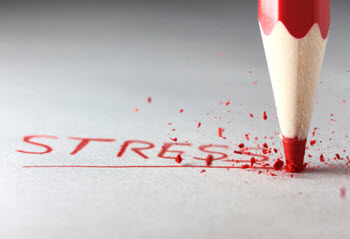 Chronic stress is caused by a perceived threat that is ongoing for a long period of time. Chronic stress places the body in a state of continuous physiological arousal, instead of allowing it to shift between acute stress (flight-or-fight) and the normal state of homeostasis.

Chronic stress can impair memory and learning, and elevated cortisol (a biomarker for stress) is associated with an increased risk of developing dementia in elderly people.1

Working memory is the ability to temporarily store information in order to manipulate it for performing complex tasks. Compared to long-term memory (see below), working memory is impacted by stress to a higher degree. Interestingly, stress have been shown to both improve and impair working memory.